This email address is being protected from spambots. You need JavaScript enabled to view it.

Tell us about your recent work, your inspiration.

My recent work seems to be about sheltering. One interesting thing about the Covid-19 pandemic is the response to it that creatives are putting out. Artists of all stripes are making physical manifestations of how they are feeling. It is still early, and themes will become more apparent as we go through this.

On March 7, 2020, my work was locked up with the work of three others at the Kershaw County Arts Center and finally picked up on July 17, as we now face huge increases in disease and deaths in South Carolina. So there were about 14 pieces, made in early 2020 and suspended in time. This work was smaller, lighter, more whimsical, more "thinly orchestrated" (simpler in line, embracing large negative spaces).

Looking at a collection of works from June and July in my studio, the pieces are denser, taller, weightier, and for some, incorporate only the negative space that I drill out of the wood. They still involve the notion of space; the pieces have vertical delineation of separate areas, which are filled with other objects. They are almost opaque vertical masses. And some of them relate to distinct architectural styles.

Tell us a bit about the process.

I find it difficult to separate my working process with the way I conduct my life. I am a scavenger by nature and haunt places like the streets on garbage day, flea markets, salvage centers, and Goodwill whether I am looking for raw material for art or for remodeling my kitchen. In a way, my art has grown out of what I already do.

I take apart old furniture and store it in many rubber garbage cans, in piles, in stacks all around our two-story barn. New acquisitions inspire me. Something just acquired will speak to me, and I consider myself lucky if parts of things that have been around for a while manage to be used in the new work. I look at a line, a curve, or a pattern in (for example), in a chair leg, and find other pieces that enhance that quality. The two major jobs I do is to create the composition first, noting that the piece must stand, have strong joints, and be innovative. I use sanding or paint to merge pieces visually or to make one part stand out from the whole. It is painterly as I work with the surfaces of the wood to make them appear intentional in their character.

What does creativity mean to you and what fuels it in your life and work?

Creativity is almost like a religion to me. It influences every aspect of my life except cooking. Creativity is my prime directive, followed closely by doing it "on the cheap." Also followed by keeping things out of the landfill.

My current work evolved as I was moving a farmhouse built in 1939 down the road three miles to some acreage I already owned. I am creating a world with three buildings on ten acres. Renovation of the farmhouse taught me to use my tools. After removing layers of wallpaper and floor coverings, I used sanding to add character to the tongue and groove instead of paint. I wanted to preserve the history of the house. A couple of the rooms reflect, in paint, most of the colors they have ever been. The foundation wall for the house on the old site became two huge freestanding fireplaces in the common area of the house, which I designed.

It was these and other experiences with the house that led me to wood. I formerly worked in textiles, and River Gallery handled my work then as well. When working in textiles, I suffered a "cancer chapter" and dealt with the disease through imagery in my textiles. It is my belief that this activity and the Mayo Clinic (which gave me a show while I was a patient) helped me create my way out of that mess.

Tell us about a time where you felt discouraged or full of self-doubt and how you moved past it.

I was unable to simply "leap" from textiles to wood. I had to retrain and find my voice in wood. It took about six years. During those years, although active with domesticity and renovation, I felt I was not an artist. My beginning work was not good and not appropriate for the level of exhibition I was used to. I had to keep plugging, and it was difficult with not much reward. I had no idea if this big change could even be accomplished. A friend who is an art curator who follows five thousand artists and I have been trying to come up with a list of those who have done this. It is difficult.

One reason I succeeded is that I work all the time. Lately, I have been working second shift, when the sun is down so during the day other things can be done outside, like gardening. Creating gardens kept me sane when my art was in its infancy.

In 2016, I set a goal to enter some high level shows in my area, plus contacting River Gallery to see the responses. I succeeded with the shows, and Mary Portera showed my work last fall.

What continues to bring you back and sustain your ambition?

I do not feel well when not creating! I find the studio a fascinating place and am fed by being alone. My work is my thought process and I want these things to exist. This life I have is not about money or fame. I have a disregard for money as a goal. I have learned to live creatively on the money earned.

What piece of work are you most proud of and why?

My work is a discussion. Artists work in such different ways. If I planned, sketched, negotiated, employed helpers, and did few works, monumental works, I could pick a favorite. Think of Christo and Jeanne-Claude (https://christojeanneclaude.net/).

I am always excited about the NEXT piece and I require that it be better than the last. I do not sit still.

To refer to an earlier answer, when we picked up my work after it had been locked down by the pandemic, there it was, on 14 beautiful wood pedestals, the two-dimensional work of my exhibition partners was still on the walls. The show looked great (it was open for only two days), my work looked strong and I thought, well here is a statement, a snapshot in time, in 14 works. I was proud of the group. Also, I am also proud of the pandemic work and long to see it in a similar situation. I know this is a truth for me. My textile work has ended.One would think that one piece would stand out, but no. One piece was nine feet by nine feet, several traveled the world, many written about, but I cannot pick favorites. I could pick failures, however.

Describe the feeling of being in your "flow" as an artist.

This is when I have no inclination to stop the work, and choice after choice of materials and joining them appears to be correct and easy. Some things interrupt my flow however and that is OK. Most joints are glued and screwed, so I have built-in time to do something else during the glue-setting interval. Like weeding. Or disassembling a chair. I never work on more than one piece at a time.

Sometimes I have to remove a recent piece of work out of my immediate space that I considered successful. I tend to juxtapose these two: the one on the bench and the one that had to be exiled. That is totally bad form. I compare this to the development of the movement of Mannerism (https://en.wikipedia.org/wiki/Mannerism). Artists were looking at Michelangelo and not Nature. Error crept in with figures created under the influence of a secondary source. In my case, I must respond to the purity of the wooden element at hand.

What is the best piece of advice you were given early on in your career?

One of my major professors in graduate school said, "Studio is a state of mind." I think she was referring to where one's thinking is coming from while creating. Also, this was something that very much pertained to me in the creation of my textile work. One could do it at the kitchen table, and I often did.  Working in wood is quite different. 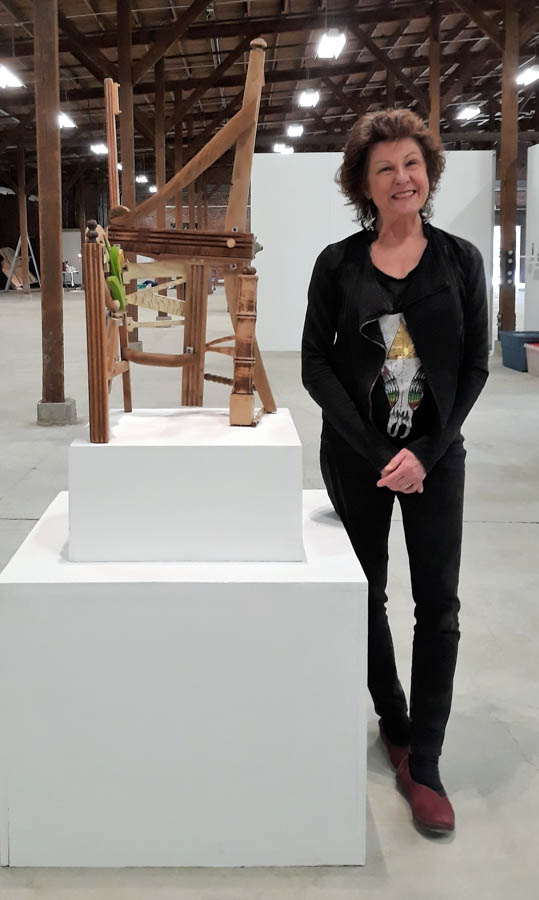 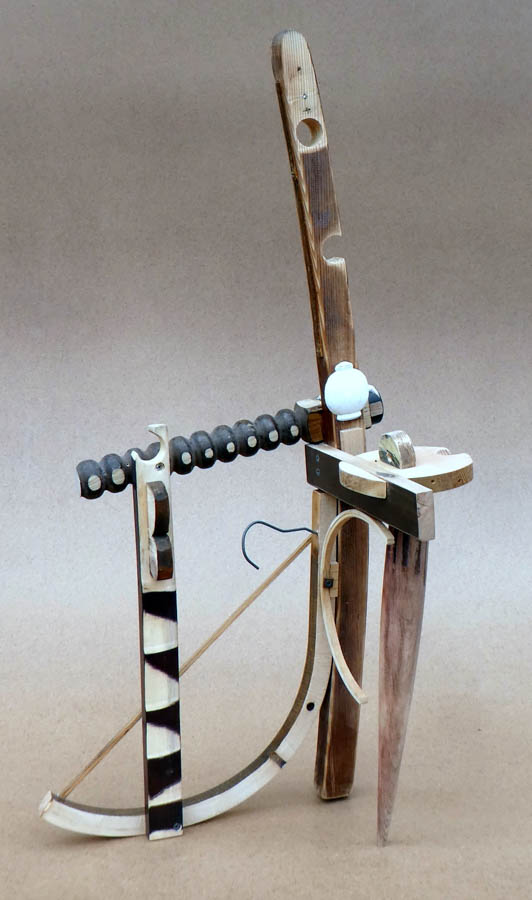 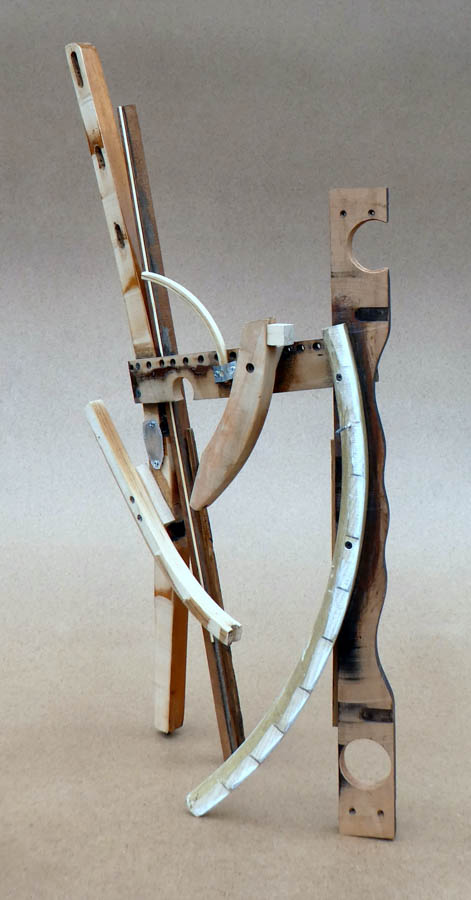 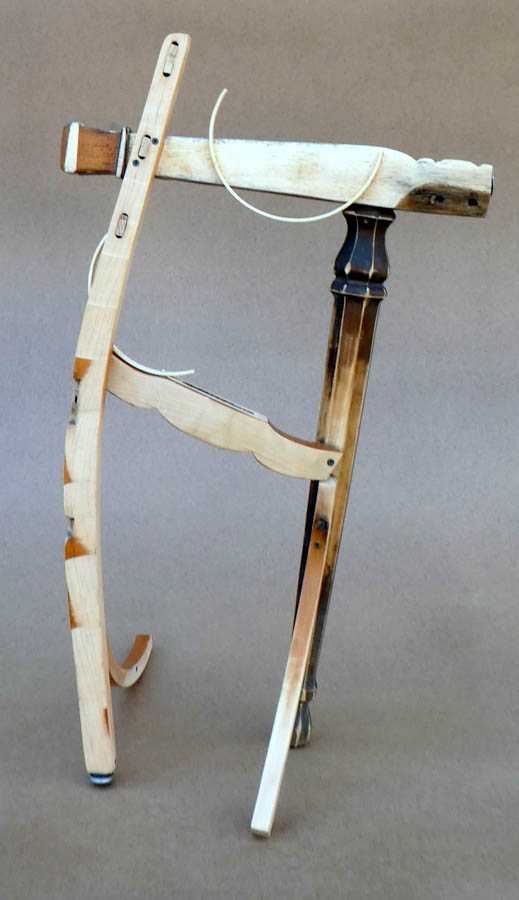 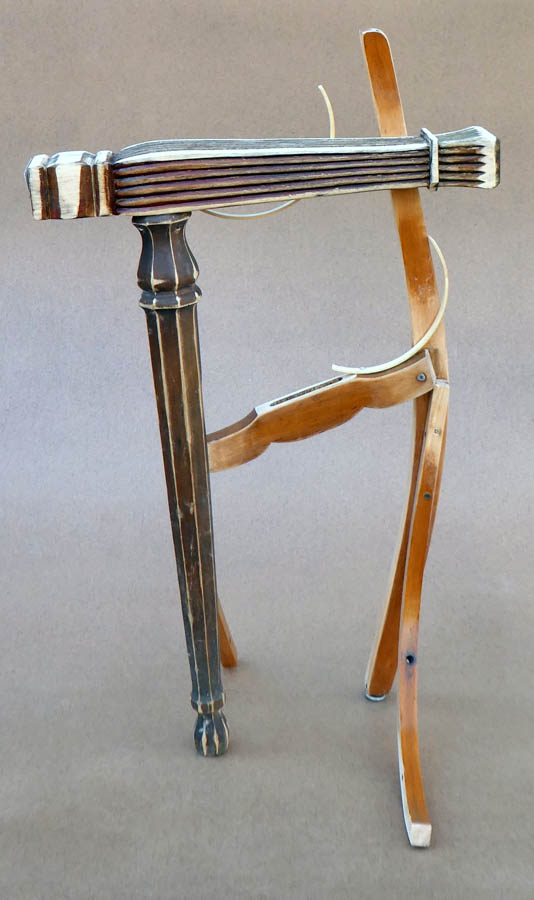